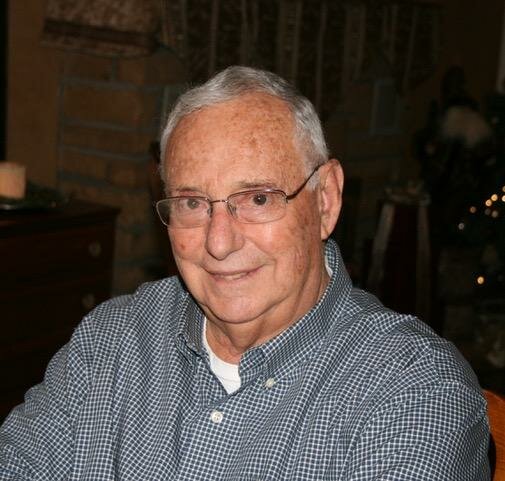 Please share a memory of Lawrence to include in a keepsake book for family and friends.
View Tribute Book
Passed away November 4th, 2021 surrounded by his loving family. He was the son of Robert and Anne Reis. Larry spent many years working alongside his family in the restaurant business which led to the opening of the Vails Gate Diner in 1965. Larry graduated from Fairleigh Dickinson University as a CPA and served 26 years as Comptroller and Chief Budgetary Officer for the Town of New Windsor, retiring in 2007. Larry proudly served his country as a United States Marine. During his time in the military, he transferred to the Naval Aviation Cadet program. He was chosen for the NAVCAD exhibition drill platoon. The drill team travelled the country performing their close order drill skills at half time football games. To this day, this close knit group has remained connected and get together yearly for a reunion. They have all been an integral part of Larry’s life. Larry will be forever loved and cherished by his wife Peggy, his daughters Deirdrea (her husband Rand), Betty Ann (her husband Rich), Alison (her partner Joe), and his son George (his wife Dana). He was predeceased by his son Douglas in 2014. Larry proudly proclaimed to have the best grandchildren in the world; Megan, RJ, Sean, Bridget, and Emma. All of whom admire and love him deeply and respect the strong role model he has been in their lives. Larry is also survived by his two brothers Michael and Danny Reis, nieces, nephews, and cousins. He was blessed and fortunate to have many special friends and neighbors who genuinely cared for him. Visitation with special military honors will be Sunday, November 14 from 11:00 AM to 2:00 PM at Hudson Valley Funeral Home, 239 Quassaick Ave (Rt 94), New Windsor, NY 12553. In lieu of flowers,memorial contributions may be made to Semper Fi & America’s Fund, New Windsor PBA, Vails Gate Fire Dept, and New Windsor Ambulance Corp.
To send flowers to the family or plant a tree in memory of Lawrence Reis, please visit Tribute Store
Sunday
21
November

Look inside to read what others have shared
Family and friends are coming together online to create a special keepsake. Every memory left on the online obituary will be automatically included in this book.
View Tribute Book
Share Your Memory of
Lawrence
Upload Your Memory View All Memories
Be the first to upload a memory!
Share A Memory
Send Flowers