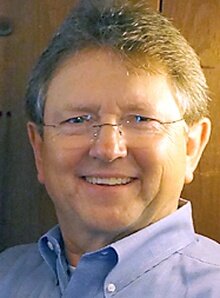 Please share a memory of Joseph to include in a keepsake book for family and friends.
View Tribute Book
JOSEPH M. CHERNICK September 13, 1950 - February 1, 2019 New Windsor, NY Joseph M. Chernek, age 68 of New Windsor, NY passed away peacefully at home on February 1, 2019, with his wife Lynda and family by his side. Joe was born on September 13, 1950, to Ann McLaughlin and Joseph Chernek in West Point, NY. His early years were spent in Vermont, then back to the Hudson Valley. Joe was drafted into the United States Army and upon his return home from the Vietnam War married his love, Lynda Terwilliger on June 4, 1972; they would have celebrated 47 years of marriage this year. Together Joe and Lynda built a life in the area and raised their daughter, Rebekah. Joe was a master craftsman, collector of gadgets and could solve any problem. No one could keep him off the golf course on Saturday mornings and he loved spending time with his family at his condominium in Myrtle Beach, SC. He was always there to help anyone who needed him. Joe had a long and successful career at Staples Inc. in Framingham, MA. He was decent and honest, his clever sense of humor and laugh were his trademarks. He loved music and his dogs, Pippa and Louie. Joe’s happiest times were with his family, especially his grandchildren. He instilled in his family a zest for life, a commitment to family and friends and an enduring goodness that touched everyone who knew him. He was a beloved husband, father, grandfather, son, brother, and friend to many. His presence will be missed but his spirit and legacy will live on through those who were blessed to be a part of his life. Joe is survived by his wife Lynda Chernek, daughter Rebekah Chernek Raimo, grandchildren Jake and Skylar Raimo, son-in-law Joseph Raimo, father-in-law, Samuel Terwilliger and brother-in-law Keith Terwilliger, and his father Joseph Chernek and siblings: Paul Chernek, Wayne Chernek and Nancy Killen Chernek; several cousins, nieces and nephews and many dear friends. Joe was predeceased by his mother Ann McLaughlin, his mother-in-law June Terwilliger and brother-in-law Bruce Terwilliger. A memorial mass will be held on Saturday, February 9th at Sacred Heart Church in Newburgh, NY at 11:00 AM. To honor Joe, please consider making a donation to the American Cancer Society or ASPCA. Funeral arrangements are under the care of Hudson Valley Funeral Home, Inc., 239 Quassaick Avenue New Windsor, NY 12553 845-562-4411
To send flowers to the family or plant a tree in memory of Joseph Chernek, please visit Tribute Store
Online Memory & Photo Sharing Event
Online Event
About this Event

Look inside to read what others have shared
Family and friends are coming together online to create a special keepsake. Every memory left on the online obituary will be automatically included in this book.
View Tribute Book
Services for Joseph Chernek
There are no events scheduled. You can still show your support by sending flowers directly to the family, or planting a memorial tree in memory of Joseph Chernek.
Visit the Tribute Store
Share Your Memory of
Joseph
Upload Your Memory View All Memories
Be the first to upload a memory!
Share A Memory
Send Flowers