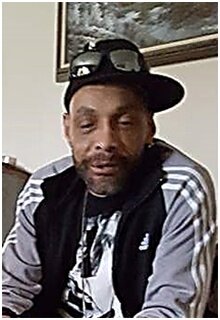 Obituary of Von I. Ross

Please share a memory of Von to include in a keepsake book for family and friends.
View Tribute Book
VON I. ROSS December 15, 1960 - September 24, 2018 Newburgh, NY Von I Ross of Newburgh, NY a self-employed mechanic passed away on September 24, 2018, in Newburgh, he was 57. Von is the son of the late Columbus and Peggy Ross, Von was born on December 15, 1960, in Passaic, NJ. Von was a loving brother, father, and uncle who loved to work on cars and was willing to help anyone in need, you will be sorely missed. Von is survived by his daughter Melanie Hargrove, two grandchildren Jacob Lyons and Jordan Hargrove, his brothers and sisters Mona Sadiq, Tawana Ross, Karen Ross, Charlotte Lee, Lamar Ross, Keith Ross, Shaun Ross Daryl Butler, and several nieces and nephews. Von was predeceased by two sisters Monica Ross and Joanna Butler. Funeral services will private and the convenience of the family. Funeral arrangements are under the care of Hudson Valley Funeral Home 239 Quassaick Ave New Windsor, NY 845-562-4411
To send flowers to the family or plant a tree in memory of Von Ross , please visit Tribute Store
Online Memory & Photo Sharing Event
Online Event
About this Event

Look inside to read what others have shared
Family and friends are coming together online to create a special keepsake. Every memory left on the online obituary will be automatically included in this book.
View Tribute Book
Services for Von Ross
There are no events scheduled. You can still show your support by sending flowers directly to the family, or planting a memorial tree in memory of Von Ross .
Visit the Tribute Store
Share Your Memory of
Von
Upload Your Memory View All Memories
Be the first to upload a memory!
Share A Memory
Send Flowers