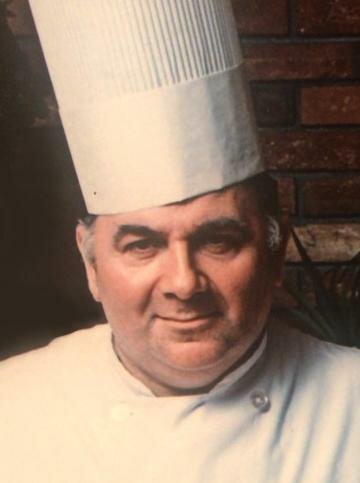 Please share a memory of Dominick to include in a keepsake book for family and friends.
View Tribute Book
On September 26, 2022, Dominick Cossavella passed away peacefully of natural causes at home surrounded by his family. Dominick was 95 years old. He was a loving husband, father, brother, grandfather, and great-grandfather, and he will be dearly missed. Dominick was preceded in death by his loving wife, Irmgard Cossavella, and son, Martin Cossavella. Dominick is survived by his son, Bernard Gerhardt, his daughter-in-law, Jean Cossavella; his grandchildren, Nicolas Cossavella, Christina Schneider, David Gerhardt and Yvonne Gerhardt; and his great-grandchildren. Dominick was born in New York, NY on October 27, 1926, to his parents Guglielmo and Marianna Cossavella, who immigrated from Bollengo, Italy and passed through Ellis Island in 1913. He had two brothers, Giovanni and Aldo. Due to the Great Depression, they moved back to Italy. Dominick would go on to grow up there, working on a farm, until he moved back to New York as an adult. Dominick was a Veteran of the Korean War, achieving the rank of Sergeant in the Army. After the war, he was stationed in Berlin, Germany, where he met his wife, Irmgard, and her son, Bernard. After being wed, they moved to the United States. A year later, they celebrated the birth of their son, Martin. Known for his work ethic, Dominick worked his way up in the kitchen, from cleaning dishes and speaking no English, to becoming Head Chef of the New York Statler Hilton Hotel. He worked there for 44 years until his retirement at the age of 65. Dominick traveled to many countries and spoke many languages. He was an avid gardener with a magic touch and a green thumb. Most of all, he will be remembered as being loving, kind and generous. He will live forever in our hearts. Burial of ashes will be in Woodlawn Cemetery in New Windsor with military honors on Friday, October 7th at 2pm with his immediate family.
To send flowers to the family or plant a tree in memory of Dominick Cossavella, please visit Tribute Store

Look inside to read what others have shared
Family and friends are coming together online to create a special keepsake. Every memory left on the online obituary will be automatically included in this book.
View Tribute Book
Share Your Memory of
Dominick
Upload Your Memory View All Memories
Be the first to upload a memory!
Share A Memory
Send Flowers