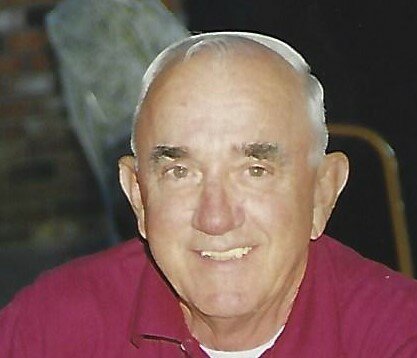 Please share a memory of Robert to include in a keepsake book for family and friends.
View Tribute Book
Robert (Webb) Webber, a longtime resident of the Town of Newburgh, New York died at Garnet Health Medical Center in Middletown, New York on June 13, 2022. Webb was born on January 8, 1930 in Brattleboro, VT. He was the son of Frank and Eileen Webber. On November 24, 1956 he married the love of his life, Betty Miller. They were married for 57 years until her death in 2014. Webb retired from the U.S. Air Force in 1970 as a Senior Master Sergeant. He was a veteran of both the Korean and Vietnam wars. He also served tours of duty in France, Germany, Canada, Japan, and Thailand. Included among his military awards and decorations are the Bronze Star Medal, the Air Force Commendation Medal, the American and Korean Presidential Unit Citations, and the German and Japan Occupation Medals. He was a member of the Town of Newburgh VFW Post 1161. Webb and his family settled in Newburgh upon his retirement from the Air Force. He worked for Empire National Bank in Newburgh and later, Mid-Hudson Savings Bank in Fishkill. He retired from banking in 1992. Afterwards, he worked as a food service helper at Meadow Hill School, and volunteered at St. Luke’s Hospital and for the Orange County Meals on Wheels program. Webb was a Fourth Degree Grand Knight and an honorary life member of the Knights of Columbus Council 444 Newburgh. While an active member, he served as Grand Knight, District Deputy, and Chairman of the Hudson Valley Chapter and Conference. Webb participated in degree work and served two years as State Ceremonial Chairman. He is survived by his 4 children: Linda (Mark) Creighton, Dennis (Mary) Webber, Irene (Rich) Kerr, and Robert (Kris) Webber Jr. He was the proud grandfather of fourteen grandchildren and 4 great grandchildren. A Mass of Christian Burial will be celebrated at 10 AM on Tuesday, 21 June at Our Lady of the Lake Chapel, Town of Newburgh. Burial will follow with full military honors at the Orange County Veterans Cemetery, Goshen NY. In lieu of flowers, donations may be made in Webb’s name to the Knights of Columbus, Msgr. Henry O’Carroll Council 444, P.O. Box 444, Newburgh, NY 12550. Funeral arrangements are under the care of Hudson Valley Funeral Home.
To send flowers to the family or plant a tree in memory of Robert Webber, please visit Tribute Store
Tuesday
21
June

Look inside to read what others have shared
Family and friends are coming together online to create a special keepsake. Every memory left on the online obituary will be automatically included in this book.
View Tribute Book
Share Your Memory of
Robert
Upload Your Memory View All Memories
Be the first to upload a memory!
Share A Memory
Send Flowers